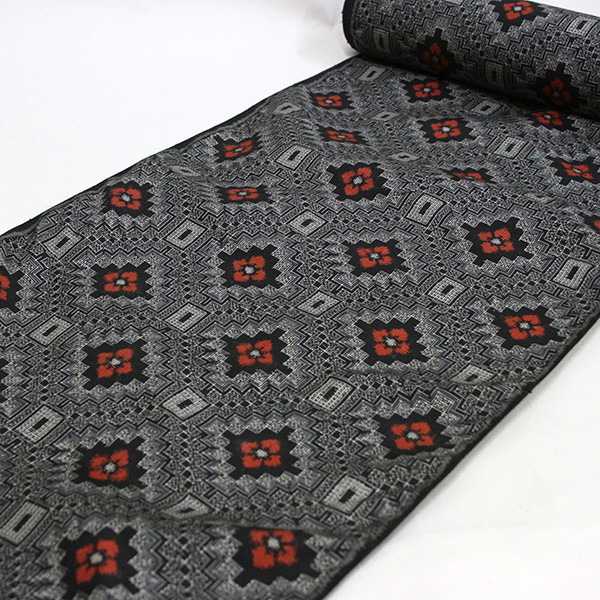 When it comes to talking about kimono, the history and variations, however, often seem to elude us: we tend to only talk about their appearance at first glance or about the rareness. For example, so few people (including Japanese people!) understand the difference between “Honba Oshima Tsumugi” and “Murayama Oshima Tsumugi”, both of which have very intricate and beautiful design and sleek texture. Well, this time, let’s put a spotlight on “Murayama Oshima Tsumugi”, famous and exquisite cloth of kimono.

What is “Oshima Tsumugi”?

As you have noticed, both of the cloth mentioned above has the same letters, “Oshima Tsumugi”, which indicates the cloth named “Oshima Tsumugi” has two kinds of that. In order to talk about Murayama one, we have to look at Honba one first, actually.

“Oshima” means “big island” in Japanese in general and “Amami Oshima” in particular here. Amami Oshima is located in Kyusyu district in Japan and the blue sea that almost melts into the sky is so beautiful. It is said that the island is the closest island to the heaven, and the people there are so kind. Many visitors repeat all the same phrase: “It was like I was in the seventh. I will visit there again for sure.”

But I digress. Splendid materials to knit wearing were found in this island; so making clothes was one of their lifeworks and the clothes were their casual dress. However, in 1720, a local government in that time ordered them not to wear the native clothes, for the officials of the government can exclusively wear them. This was the start of the export of “Oshima Tsumugi” to the main island of Japan.

Own story of Murayama Oshima Tsumugi

The difference between the two Oshima Tsumugi

Meanwhile, the cloth of Honba Oshima Tsumugi has the certificate tag, whose motif is a globe or flag (which depends on the place of production of the cloth). When you buy cloth that looks like some kind of Oshima Tsumugi, check the tag.

Aren’t you interested in kimono that much and you feel yourself out of the picture? If so, you should visit some skillful tailors; they may tailor your suits or coats with Oshima Tsumugi! The durability of kimono is of course due to its cloth; so the coat and suit made of Oshima Tsumugi must last forever. The patterns on the surface must attract many people around you as well.

Now, the two Oshima Tsumugi are alive as one of the most prestigious cloth of Japanese kimono. When you order your kimono or suit, you should ask: “Excuse me, is Oshima Tsumugi available today?