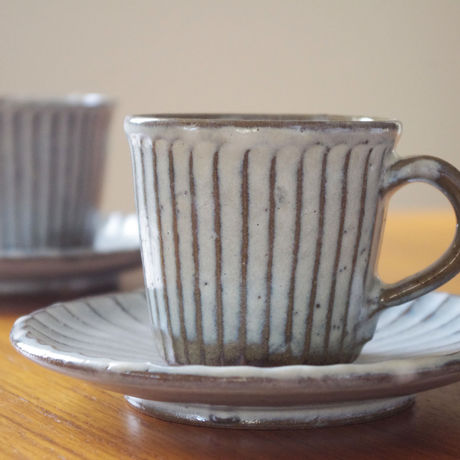 What Is Tanba Tachikui Ware?

Tanba Tachikui Ware (丹波立杭焼) is one of Rokkoyo, the six traditional pottery authorized by the Japanese government. (The world-famous Seto Ware and Shigaraki Ware are also included in Rokkoyo.) It is from Hyogo Prefecture. It is considered that the history was started at the end of the Heian period (710-794) or the beginning of the Kamakura period (1185-1333) so that it has been baked for more than 800 years. Since potters have inherited the techniques for hundreds of years, Tanba Tachikui Ware is also called as ‘a pottery, which narrates the history of Japanese pottery’. In the early stages of Tanba Tachikui Ware, pots, jars, and earthenware mortars were the main products. In the beginning of the Edo period (1603-1868), potters started to bake teapots, teacups, and bowls. Tanba Tachikui Ware has a large variety of types, but the main products have been pottery for everyday use. It does not have breathtaking colors or outstanding shapes, but people have been fond of it in their daily life. Some pottery is only for appreciating, but Tanba Tachikui Ware is mainly known as pottery for daily use. In other words, the simplicity makes it easy to match our daily lifestyle.

As mentioned in the last paragraph, Tanba Tachikui Ware does not have an unique and eye-catching appearance or colors. It is rather simple and plain. In the early stages of the production, potters used Anagama. This is the old type of kiln, which is created by digging a hole on a slope. In Anagama, pottery did not get glazed, and it was covered with a natural glaze (a velvet glaze) called Shizen-yu. Shizen-yu happens naturally and automatically in the baking process. While pottery gets fired for a long time in the kilns, ash from firewood piles up on the surface of the pottery and melts with iron, which is contained in the clay of the pottery. They make a chemical reaction and turn to be green or reddish brown colors. Bernard Leach, a British world-famous potter, also took a notice of this feature, and he was one of the people who introduced Tanba Tachikui Ware to both inside and outside of Japan. Anagama was very small and narrow; moreover, it needed very long time to bake pottery completely. Thus it was able to bake only small amount of pottery. In the beginning of the 17th century, Anagama was gradually replaced with Noborigama.

Noborigama is a kiln that is created on the slope or a hill with bricks, and it has many rooms inside of the kiln. Since the structure of the kiln – having a lot of rooms inside – resembles the one of a beehive, the rooms of Noborigama are called Hachi no su (means honeycombs). Incidentally, the oldest Noborigama, which still extent in Japan, is 47 meters long. Noborigama was able to bake a lot of pottery in a shorter time. With Noborigama, pottery also turns colors like with Anagama. The different thing from Anagama is that potters glaze pottery before they bake them. In Noborigama, pottery is baked for 60 hours with 1300 degrees centigrade. The color change of the surface happens like in Anagama, and this change is called Hai kaburi (means ‘covered with ash’) in Noborigama. The principle of Hai kaburi is similar to the chemical reaction in Anagama. The ash piled up during the baking process melts with the glaze and creates beautiful colors and patterns. Hai kaburi is one of the features that are highly regarded by devotees of pottery. Besides this feature, Tanba Tachikui Ware has a feature to change the tone and the touch during the use. The more often you use it, the deeper the color gets and the smoother the surface becomes. At the same time when Noborigama was introduced to Tanba Tachikui Ware, the technique of special potters’ wheels was also introduced from Korea. The potters’ wheels are controlled with feet. In other words, potters rotate pottery by kicking the wheels. The interesting thing about the wheels is that the wheels rotate counterclockwise. (The potters’ wheels used in other regions are clockwise.) This anticlockwise rotation is only used for Tanba Tachikui Ware, and it might be the factor to create subtle differences in the touch or the sense.

The History or The New Idea?