A peace in Japan

Japan is a country has many appeals like climate of the four seasons, beautiful sea and mountains and characteristic cultures.
I want to watch a point from the many appeals.
The point is a peace.
A people except Japanese would think that why Japan is so peaceful.
If we know the reason, we will get more deeply an understanding about Japan.

– Your lost money will be back!

Do you remember when the International Olympic Committee decided on 7 September in 2013 that the host nation of Olympic 2020 is Japan?
All Japanese people were happy and pleased a lot with the great success of Olympic invitation.
There are some factors in the success.
Many are talking that a deciding factor IOC was moved is a speech by Christel Takigawa.
Christel Takigawa is a very famous woman announcer in Japan.
She is so beautiful woman and also can speak English and French.
She addressed an audience of IOC about “Omotenashi” that Japanese has as a moral fiber.
“ Omotenashi “ is a word to express a hospitality to Japanese.
Japanese has a spirit that is “guest is a god”.
Christel Takigawa explained the audience that Japanese people are ready to welcome a people who will visit to Japan from all over the world for Olympic.
Her speeches pulled at their heartstrings a lot.

And she also continued to explain that why Japan is a safe place in the world.
She introduced an example the audience that if many who are visiting to Japan from foreign countries lost valuable like a phone or money in Japan, most of them will come back to their hands.
If a Japanese found the valuable on a street, he will deliver it to a police.
And if the valuable is with ID or passport, police will call and send you the valuable.
78% of lost phones and 65% of identification papers has been returned to the owners.
But a cloths and umbrellas is only 2%.
It’s so interesting.
Because the more expensive one the better, they’ll get come back to you.

– The reason Japan is in a peace

Why is Japan a safe place better than other countries?
The reason is what a people of underclasses are very few among Japanese.
Motives of many crimes are money.
A gap between rich and poor is very tiny, and underclasses who are starving to death are a minority in Japan.
In 1947 Japan’s government that is under the control of General Headquarters from USA confiscated all lands from a riches.
And government sold these lands cheaply to many farmers.
Because of this reformation, Japan welcomed the end of the gap-widening society.

And Japan has a good education of morals based on a culture of “shame “.
If we understand the meaning of shame, we can control our desires.
Shame means to lose a trust from a people.
Japanese respects to protect a trust among friends and family.
That’s why many of Japanese people has a peace with the morals. 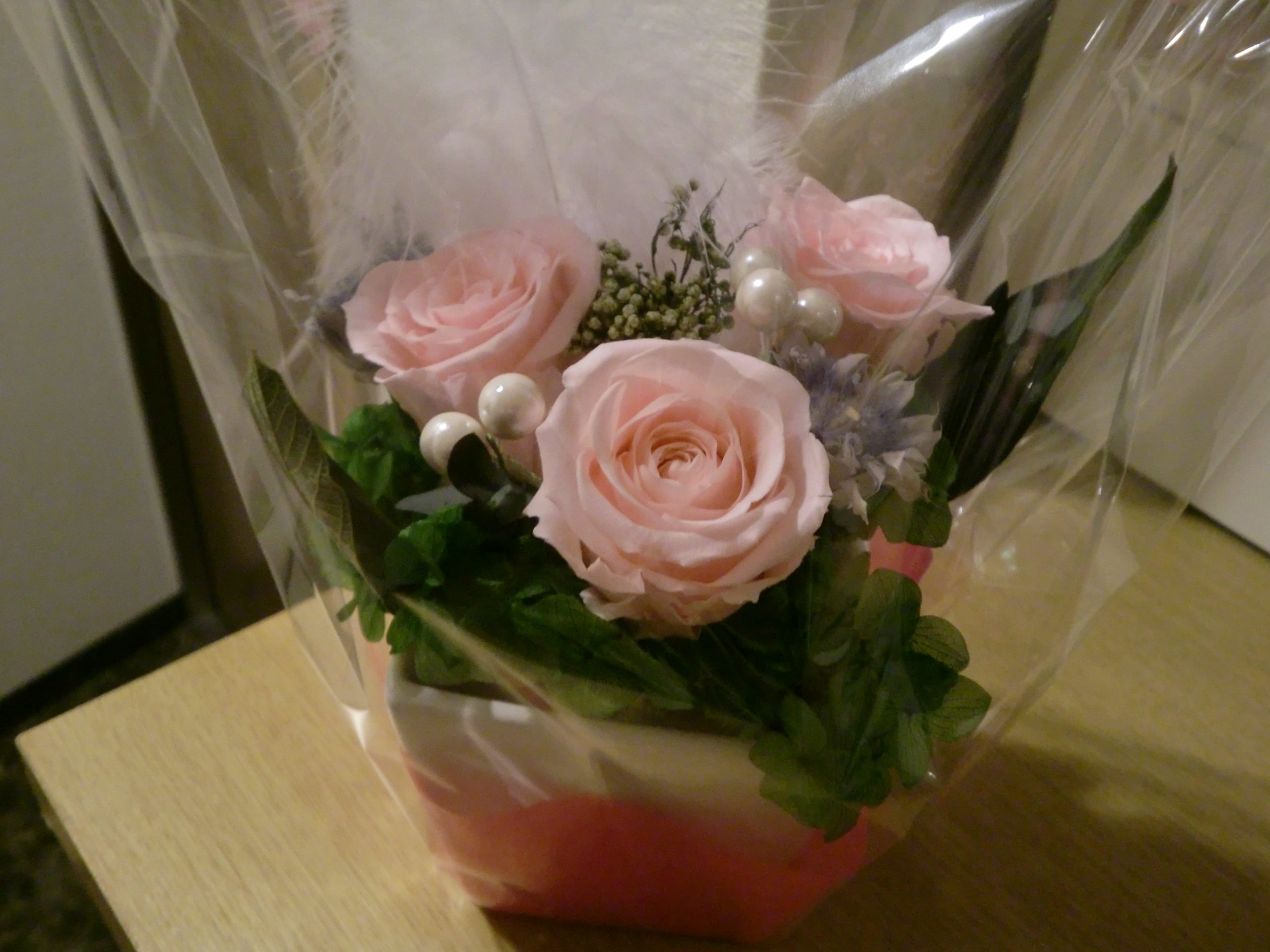 The immense earthquake happened in JAPAN two years from now.

Many Japanese are recollecting the tragedy.

I thank very much for people all over the world who worried and donated for JAPAN. 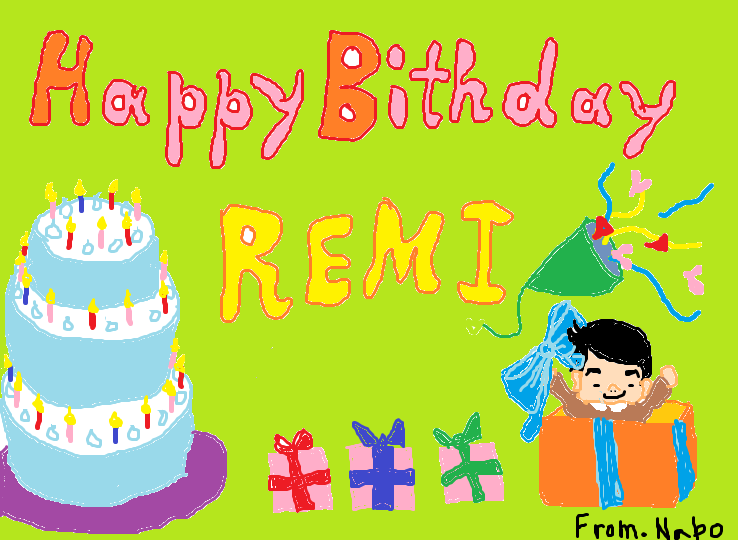 Nabo drew me a picture for me! 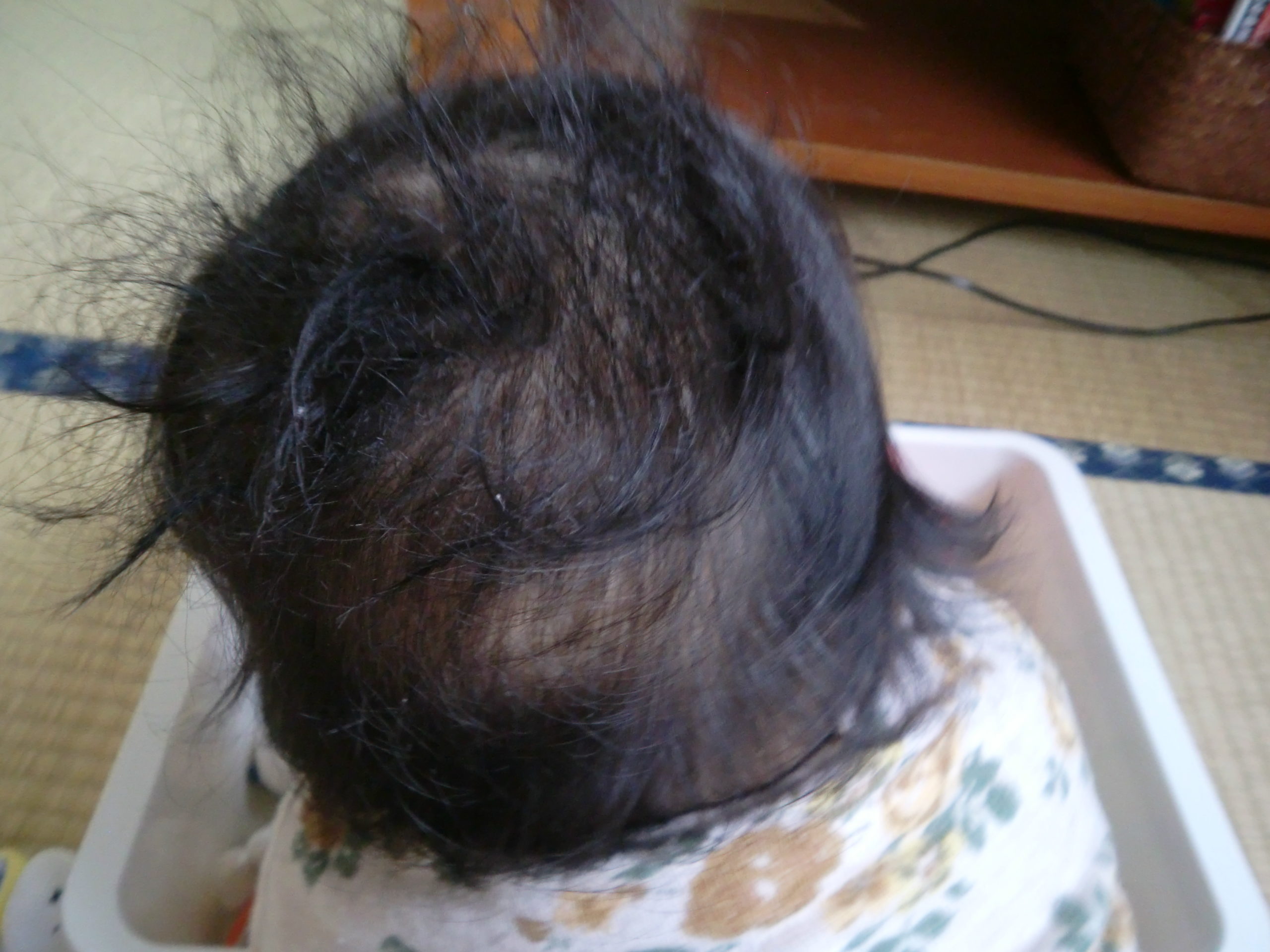 My baby can trun over now!
And is getting bold!!! 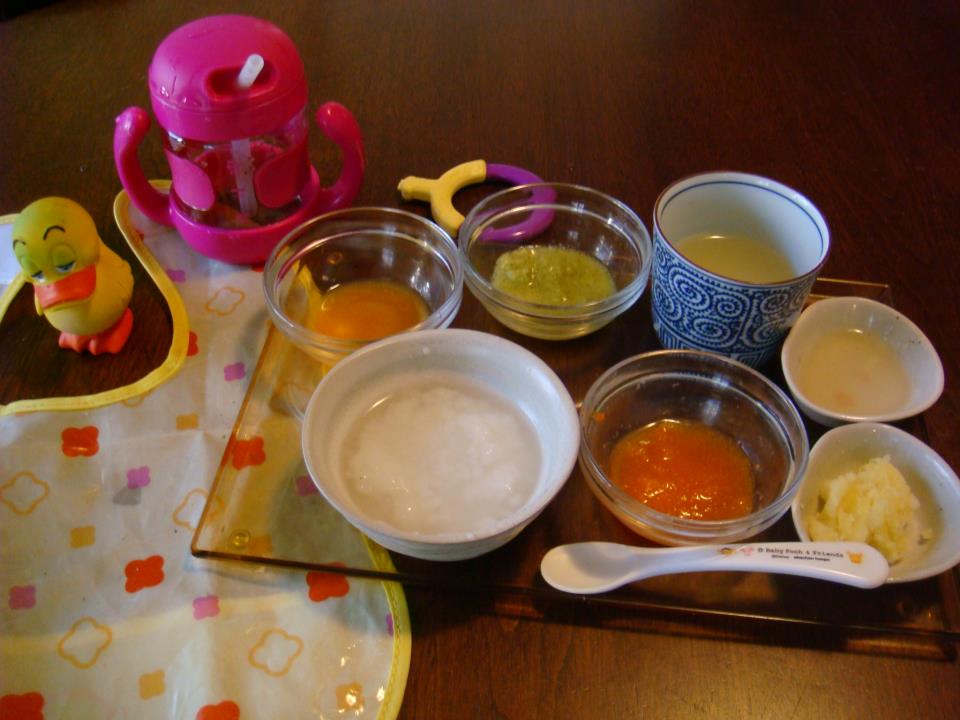 My baby has started eating! In Japan, normally, babies start eating from 6month.
How is it in your country? 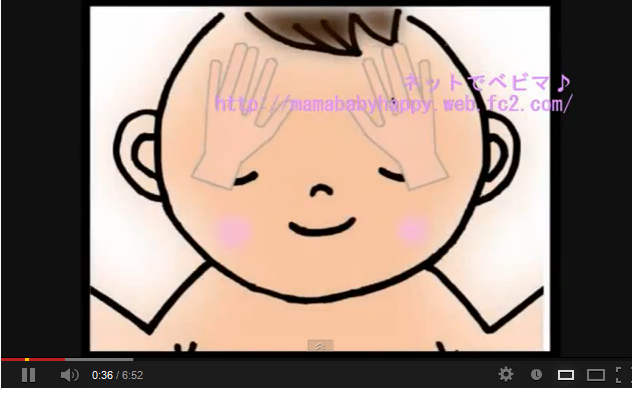 I’ve heard that “Baby Massage” is good for the baby.
So, I’ve decided to start baby massage for my baby! 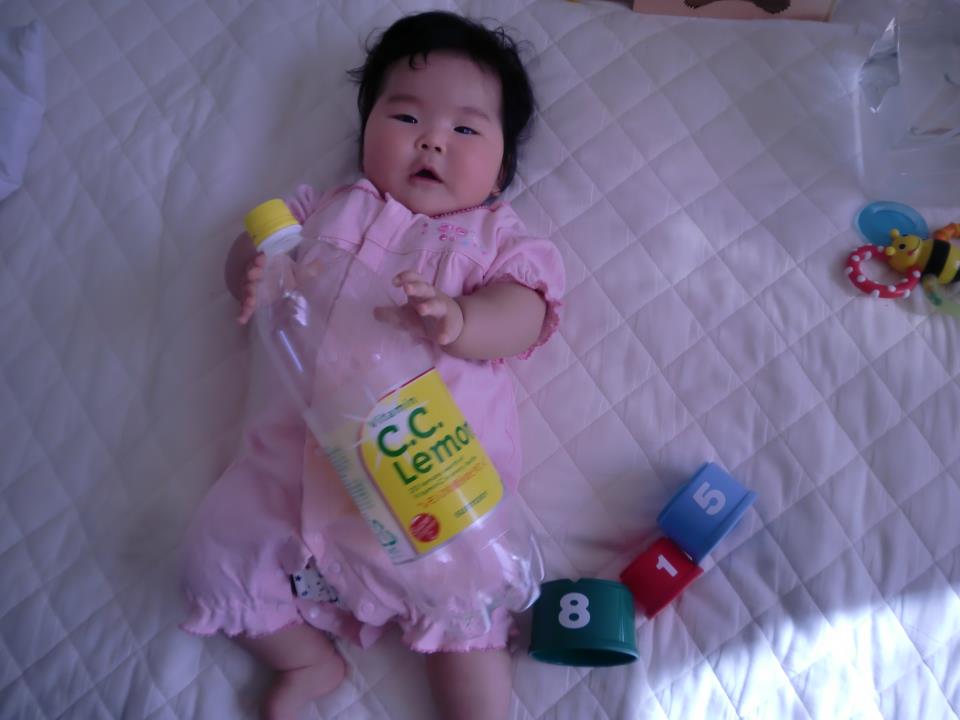 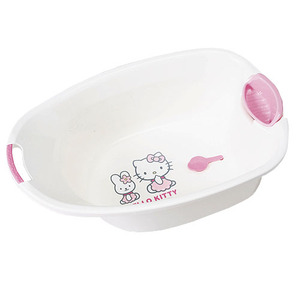 How is it in your country? 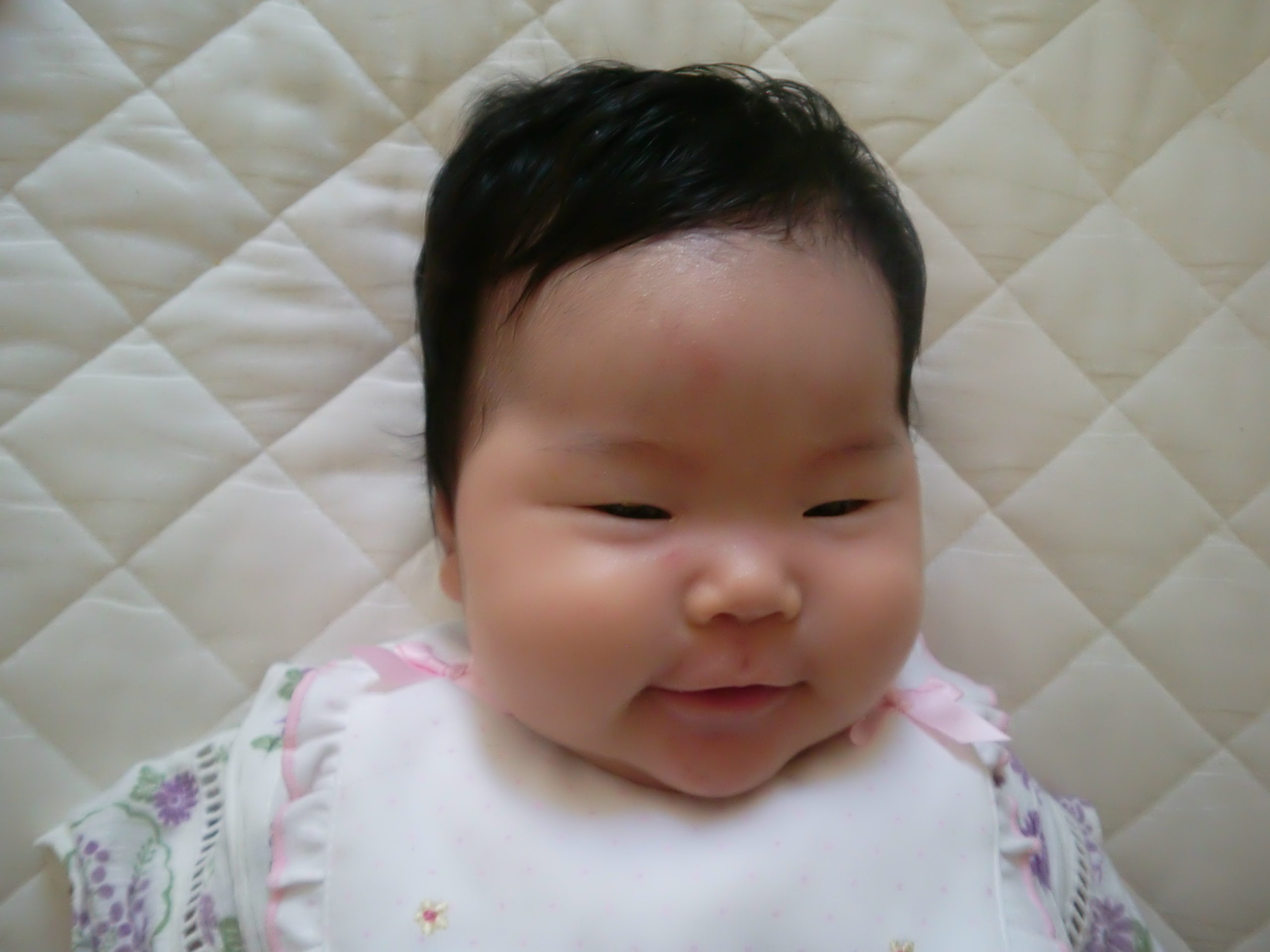 100days has passed since my baby was born!
In Japan, we celebrate 100days’ birthday to wish for her health in the future called “OKUIZOME” I will report you her celebration the next time! 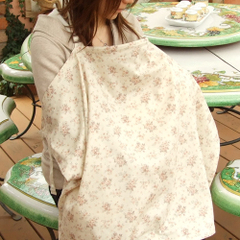 In Japan, breastfeeding cover is in mode!
What is this?

It’s a cover for you brestfeeding!
By using this, you can breatfeed in cafe!