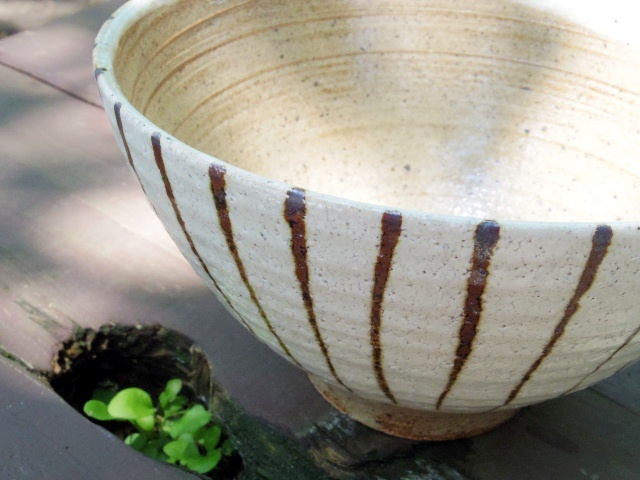 What Is Mino Ware?

Mino Ware (美濃焼) is one of the major ceramics in Japan. It is from Toki City, Gifu Prefecture. It is considered that the history of Mino Ware was started about 1300 years ago. The shipment of Mino Ware makes up 62 percent of the whole ceramic shipment in Japan, and its shipment value accounts for 44 percent of the entire value of ceramic shipment in Japan. As you can see from the numbers, Mino Ware is spread among many Japanese families. It is not too much to say that the majority of ceramics we often see at home and in restaurants is Mino Ware. Nowadays, Mino Ware is known as very simple and reasonable ceramic, moreover, it is sometimes considered that the feature of Mino Ware is not having features. However, it thrived as unique and gorgeous work before. (The history and changes of Mino Ware will be covered in the following paragraphs.)

The History – How Did It Become Present Mino Ware?

It is considered that the history of ceramics in present Gifu Prefecture was started in the Asuka period (ca. 592-710). The pottery, which was baked in this time, was very hard and called Sueki, the beginning of present Mino Ware. In the Heian period (ca.794-1185), Mino Ware was started to get glazed with Kai-yu (ash glaze), and it was used as dishes and containers for food storage among aristocrats. It was the Kamakura period (ca. 1185-1333) when Mino Ware was started to spread among the common people. In this era, Yama-jawan (unglazed ceramics) was started to be baked, and it was kept producing throughout the following era called the Muromachi period (ca. 1336-1573). In the Sengoku period (ca. 1467-1590), ceramists started to bake new kinds of Mino Ware, for example, Tenmoku-chawan (bowls glazed with Tenmoku glaze) and earthenware mortars. The biggest change for Mino Ware happened in the Azuchi-Momoyama period (ca. 1573-1603). Since the tea ceremony culture was flourished in this era, ceramists of Mino Ware created ceramics for that too. The typical Mino Ware at the time was called Setoguro, Kizeto, and Shino. These three types have been popular and praised since then. Besides these three kinds, many people have been fond of Oribe and Ofuke, the other kinds of Mino Ware that were started to be baked in the beginning of the Edo period (ca. 1603-1868). They are also ceramics for the tea ceremony. In the latter half of the Edo period, porcelain appeared in Mino Ware. Mino porcelain is made of local clay called Gairome clay. This clay is mixed with feldspar and silica rock. At the same time, a beautiful blue color painting called Sometsuke was also started. In the Meiji period (ca. 1868-1912), transcription techniques were invented for Mino Ware, and it made possible mass production. On the other hand, great works of ceramists were still thriving. Their amazing works were highly regarded overseas, and it leads to the export of Mino Ware. However, over through the Meiji period into the Showa period (ca. 1926-1989), Mino Ware had been faced a crisis – Mino Ware had been declined like other Japanese ceramics had been. From this time, ceramists decided to focus on baking dishes and plates more for daily life, not for arts. As you can see from the number of Mino Ware shipment, this decision led them to survive and even success. Furthermore, ceramists decided to introduce a division of labor system to lower costs. Nowadays, ceramists put more effort to arrange traditional designs for modern taste. Mino Ware is still improving every day.

The Features – The Origin of Present Simple Mino Ware

As mentioned before, people do not realize special features in Mino Ware very much these days since its design has been quite simple recently. However, the core techniques of the present Mino Ware base on more artistic types of Mino Ware that were started during the Azuchi-Momoyama period. In this paragraph, we take a close look at four types of them – Setoguro, Kizeto, Shino, and Oribe.

Setoguro is very black, and it gives you hard and heavy feeling. It is considered that Setoguro was mainly baked in between 1573 and 1592. Setoguro was actually started as a sample to check the way glaze melts. The glaze is iron glaze and fired with about 1200 degrees centigrade. After that, ceramics are taken out from kilns and cooled rapidly in the water. The glaze is supposed to have yellowish brown, but it turns to be shiny black by getting cooled immediately after it is baked.

The glaze, which is used for Kizeto, is wood ash glaze. It has warm light yellow color, and it is favored a lot by masters of the tea ceremony. The base of Kizeto, ceramic itself, is very thin, and the glaze added on the surface is also very thin. The common patterns of Kizeto are cherry blossoms, irises, and chrysanthemums.

The biggest feature of Shino is having Sometsuke (a technique to draw designs with iron glaze before the ceramic get glazed). The size of the ceramic itself is generally large. The design of the painting is very simple yet something that makes us familiar, such as scenes and things we see in everyday life. After the painting, the surface of the ceramic is covered with a glaze made from feldspar, which gives Shino creamy white color. Another feature of Shino is having many tiny holes on the surface just like the surface of citrus fruits.

Oribe is the generic name for Ao-oribe and Oribe-kuro. It has many kinds and colors, but generally, Oribe is the ceramic, which is glazed with Douryoku-yu (a copper green glaze). Besides that Oribe has a large variety of shapes. Oribe would be a unique type of Mino Ware since many ceramists their arts throughout it.

What Mass Production Enable Mino Ware To Do

When we think about mass production, we tend to connect it to the idea – cheap and low quality. However, the amazing point about Mino Ware is that you will not get the bad impression from it. As mentioned in the beginning, Mino Ware accounts for 60 percent of all ceramic shipment in Japan. What makes it possible is the development of techniques in production. Ceramists had been tried to increase productivity by creating machines that produce ceramics faster yet with enough quality they can approve. As a result, they have many high-tech machines that make possible high-quality mass production, for example, a machine that can shape and dry 6000 ceramics per day and a machine that can glaze perfectly evenly on ceramics. One of the most outstanding inventions is the machine that can print the patterns on ceramics. It was very difficult to print designs on the surface of ceramics before because it is not flat. Then how they do it perfectly? They use elastic silicon balls. The design is on a copper plate, and many tiny holes are located to follow the line and patterns of the design. The ink comes out from the holes. The silicon balls are placed to the plate and stencil on the surface of ceramics. The elasticity makes it possible to stick to the surface completely and create exact the same designs on it. While many traditional Japanese ceramics stick to their traditional techniques, Mino Ware is very flexible to introduce new technologies into it. By being successful, Mino Ware is showing a new way to make a traditional Japanese culture and new technologies coexist.