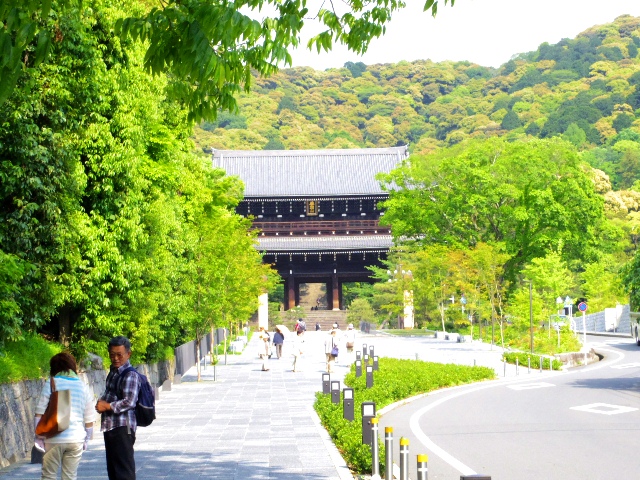 Located in the Higashiyama district of Kyoto, Chion-in is connected to Hōnen (1133-1212), the founder of the Jōdo Shū (Pure Land Sect) of Buddhism. It was here at Chion-in that Hōnen taught chanting the name of Amida (Sanskrit: Amitabha) to attain salvation, and it was here that he spent his final years. Today, with over 7,000 temples, the teachings of Hōnen have spread throughout Japan. Since 1523, Chion-in has been the head temple of the Jōdo Shū.

Also, Chion-in is highly appealing from a cultural standpoint, since it received donations from the Tokugawa shogun (supreme military commander) during the early Edo (1600-1867) period, and was built by the master artisans of the day.(From Chion-in HP) I’ve never been to Chion-in(it’s MIO who took the picture!) but hear that it is very nice temple.
Kiyomizu-dera, Kinkakuji, Ginkakuji…are very famous but if you’ve been there why don’t you try CHION-IN?